skip to main | skip to sidebar

Jiobit: Keep an eye on your kids when you can't be with them

Last year, when I was looking for a watch for Josh, I decided to get something that he could use to make phone calls, tell time, and that I could track. I figured that when Sam, then 5 years old started camp, I'd get something similar. When I started to look I discovered that there were very few options.

I settled on the Verizon GizmoPal2 for Sam and the GizmoGadget for Josh. After about 2 weeks they didn't want to wear them because they were bulky. The phone feature was nearly useless because we couldn't hear each other. Eventually, I just put the watches in their backpacks to track their bus rides. But the location updating was slow and unreliable. I just got tired of it and I tossed them in the closet.

This summer I wanted to find something better.

Jiobit was the new device I found. I hadn't even realized I was an early adopter when I got it. It seemed complete to me but they keep improving it.

The device is smaller than a key fob for a car. It has a great waistband clip that Josh wears everyday around the city with his therapist. 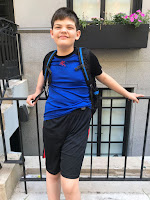 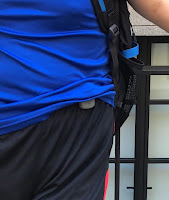 No matter where he is, I can check his location in seconds -- even when he was at the top of the Empire State Building. 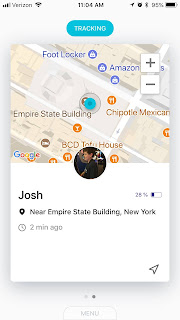 I also like that I can set "Trusted Places" like home, camp or school and I automatically get notified when Josh leaves school or Sam leaves camp. Also his grandfather can track him in real-time so that he knows when to go down and meet the bus. 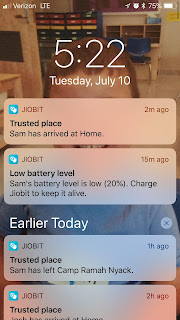 As you can see, I also get notified when the battery is dying.

Jiobit doesn't connect to a single cell server and and can be used with any carrier. It can also link to trusted phones by Bluetooth to save on battery life when we are together.

There are many features that I don't even use because the primary reason I bought it was to be able to track Josh and Sam in real time when I have to; not because I'm worried they're going to run off. That kind of monitoring is just an added bonus.

Posted by Evan Stein at 5:51 PM No comments:

For 8 years, I worked on being the best father I could be to him and then to his brother. "The New Normal" asked if I would write a blog post about my experience for Father's Day this year.

Would I be the same father if son didn't have autism?

It got picked up by Dan Woog for his blog on Father's Day, too, because it had been inspired by my learning that a friend's son died in a tragic car accident. He republished it in it's entirety with more pictures of the family.

Later, I asked a friend to spread the post further and she reposted an excerpt from it with a link back to the original.

Repost on The Lil Mamas with thanks to Celia Behar

Of all my publishing in science and medicine this is almost certainly the widest read document I've ever written.
Posted by Evan Stein at 6:26 AM No comments:

Next month will be our third trip to Camp Ramah Tikvah at Camp Ramah in the Poconos.

After the first trip, we discovered that Sam was born to go to summer camp and signed him up for day camp at Camp Ramah Nyack. This resulted in Sam being a professional dancer when he returned to Camp Ramah Tikvah.

I wrote about the experience for The Brotherhood Synagogue's monthly newsletter and it got picked up by a blog for The Jewish Times called "The New Normal."

The Impact of Family Camp

It was a great experience for us and I would recommend it for any Jewish family with special needs children.
Posted by Evan Stein at 6:17 AM No comments:

Josh goes Up and Away


This was an amazing opportunity. They called on Saturday and said they had a cancellation. Could we come Sunday? Of course!

http://www.nytimes.com/2015/10/09/theater/review-up-and-away-a-trip-into-the-clouds-for-a-special-audience.html
Posted by Evan Stein at 4:31 PM No comments: 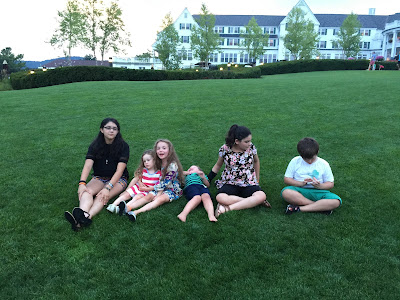 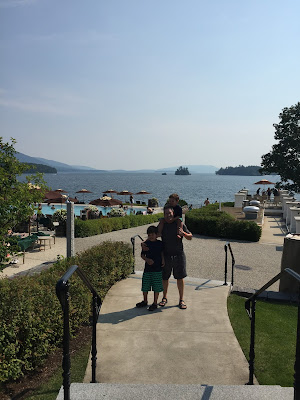 Lots of time in the pool 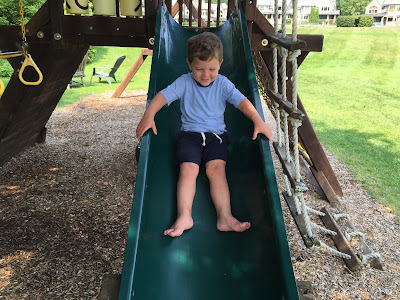 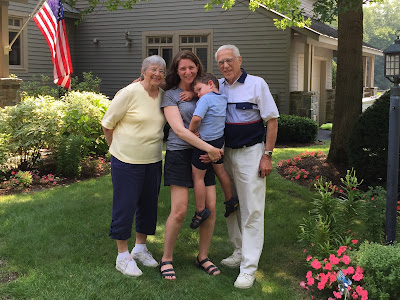 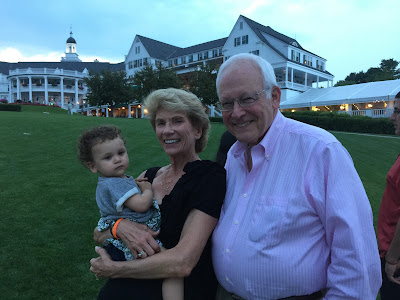 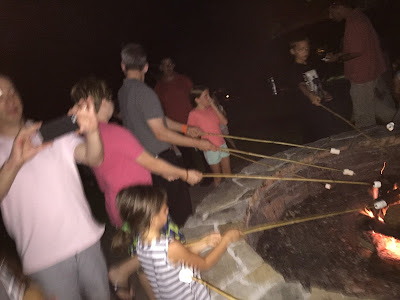 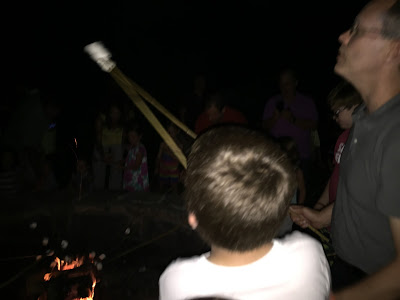 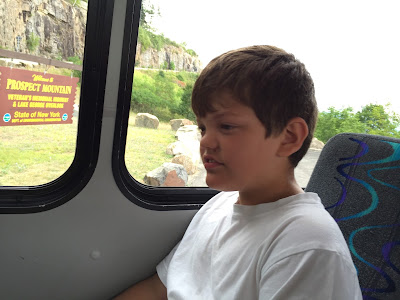 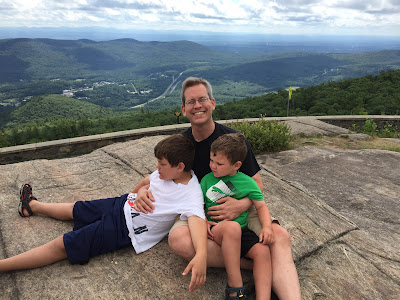 Going to the summit of Prospect Mountain

Posted by Evan Stein at 5:00 PM No comments:

Josh and Lew Dite now have their own website.

Drove to Canada with a quick stop at the Biodome before spending a day and a night with Lew Dite and Jenni Grunner in Wentworth Quebec. 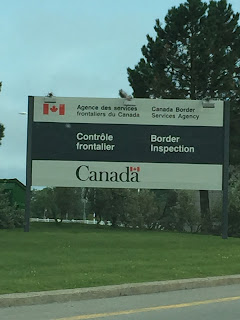 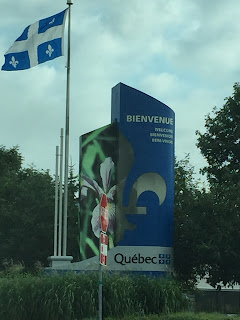 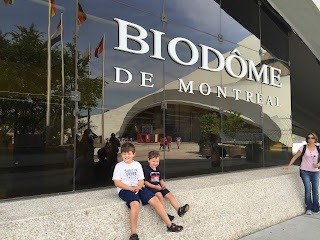 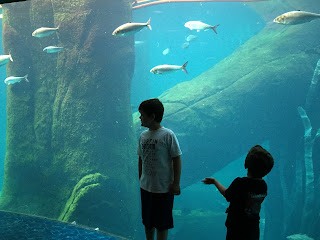 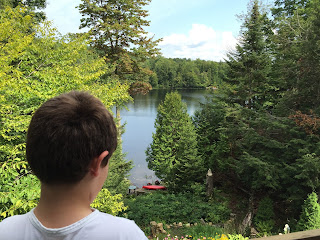 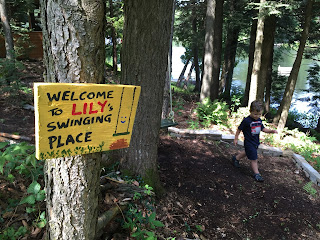 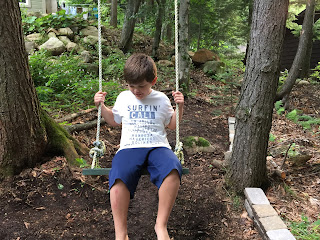 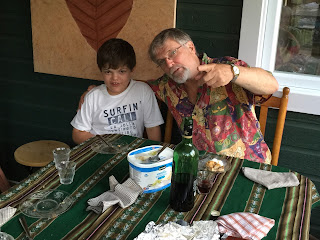 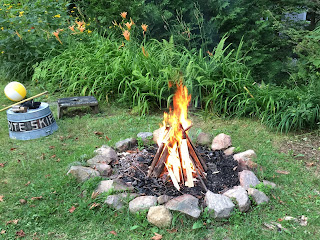 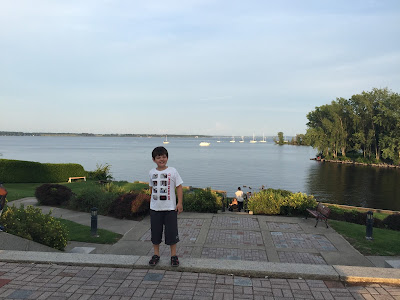 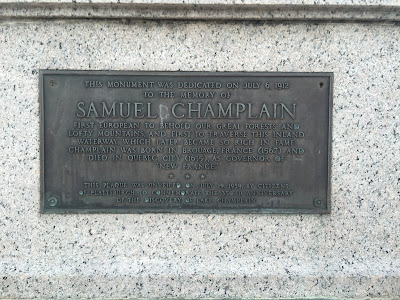 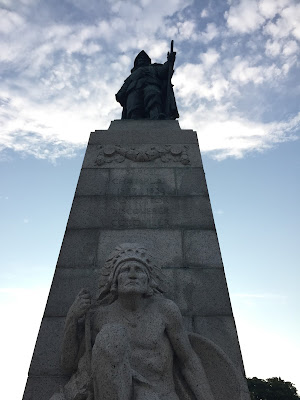 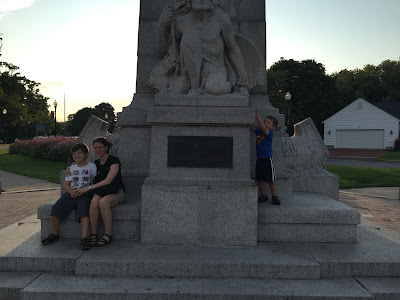 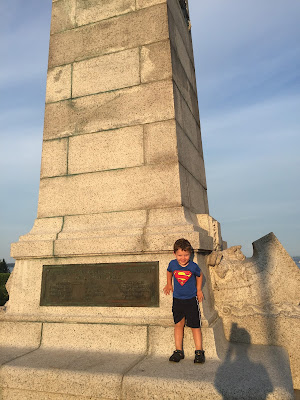 Site of a major battle with the British.
Posted by Evan Stein at 2:00 PM No comments: